A COLLECTION OF 50 STREET RAMBLE HIKES

Compiled and written by Tom and Gretchen Guyot, with cartography support by Marty Hanson. September, 2019

Important Information for All Hikers and Leaders

Important Information for All Hikers and Leaders 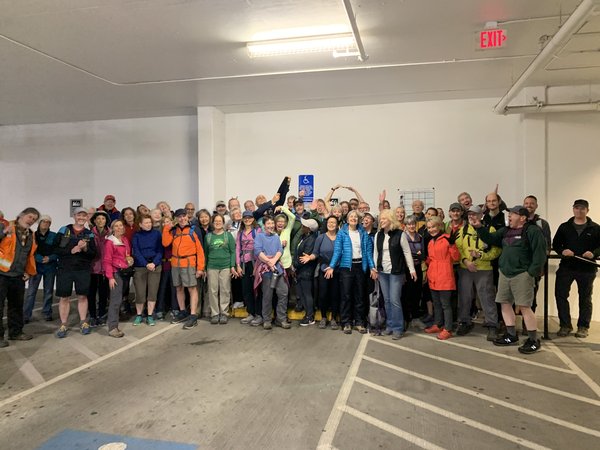 Ramblers at REI
Important Information for All Hikers and Leaders

These ramble routes have both maps and written directions which are intended to be used together.  While you hike, we encourage you to look at both the maps and directions if you are uncertain about the route.  It is our hope that the hike maps and directions will be of value to ramble leaders and ramblers, as well as anyone wishing to have an interesting two or three hour Portland “city hike”.  All of the hikes begin and end at the REI on NW Johnson and 14th.  However, someone familiar with Portland could certainly study the route and figure out alternative starting points.

To Ramble Leaders - Read before you Lead 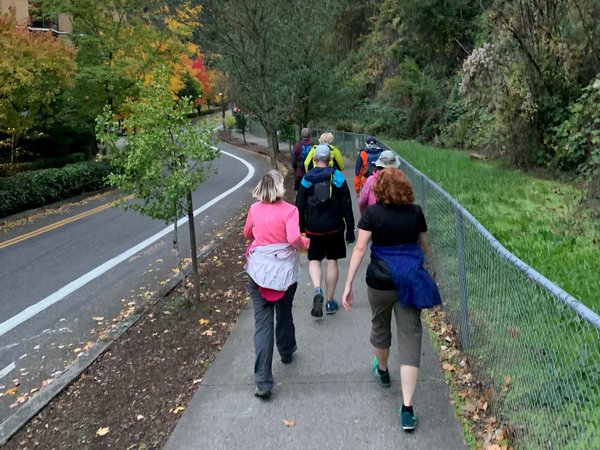 To Ramble Leaders - Read before you Lead

We urge you to:

There are many different routes to reach the hike destinations.  Our goal was to try to do one route for each ramble, knowing that leaders can vary that one route according to the experience and fitness of ramblers in the group.

The Mazama Street Rambles were started by Bob Miller in May, 1987.  Initially the rambles were on Tuesdays, but Thursday rambles were added in 1989.  At first, hikers met at the World Forestry Center near the zoo, then later at the Mazama “Clubhouse” at NW Kearney and 19th.  Currently the Rambles leave from the REI at NW Johnson and 14th at 6:00 PM and return at 8:00 PM.  The rambles offer a variety of hikes at different levels of difficulty throughout the entire year.  Headlamps or flashlights are required during the the dark, winter rambles.

We have enjoyed the Mazama Street Rambles for many years.  Tom began rambling in 2000.  He hiked with many experienced ramble leaders (some considered to be “the old timers”) and enjoyed learning various routes. His first lead was in December, 2004.  He soon found he also loved trying to figure out new routes and began to build up quite a variety of hikes.

Gretchen started rambling regularly in 2008.  Tom helped her figure out routes at an easier level and in October, 2013 Gretchen began leading.

Now, in our mid-seventies we are “the old-timers"!   And, many younger leaders are asking us to share our routes with them.  After quite a bit of thought about to how to share the ramble routes we knew, we decided to map and write directions for them.  It took about 8 months to map, write directions, ground test, rewrite and proofread a total of 50 Street Ramble Routes which, thanks to Mathew Brock, the Mazama Librarian, are available to anyone online and in the Mazama library.

We have many people to thank for their help in this undertaking and we’d like to acknowledge their efforts:

A number of fellow ramblers, leaders, and friends helped with ground testing the routes.  Thank you to: